Here’s a truly great eye-witness post from someone I admire hugely, so I’m not going to stand around here blethering when I could be directing you to it. Nan P went to the World DS Congress last week and I did not, but I feel like I caught some of the special bits of it when I read her account of some people she met.

Fantastic. Just heart-warmingly fantastic. Go on over and do some reading. Go!

Lookid here now, Mrs Old Enough To Know Better. I know that Our Jacob has Down syndrome. I have a bagful of incidental knowledge about the condition, and I also have a built-in radar for the slit-eyed, sidelong glances that some people keep throwing at him. Yes, he looks different. Yes, I know all the words that are crossing your mind right now, because narrowing your eyes doesn’t do enough to hide them. But you know what, Mrs Old Enough To Know Better, your own grandson is not going to catch it across the playground. Chill out, grandma. Take a leaf from this other lady here, the one who’s cooing and gooing at Our Jacob even though she’s never met him before. She looks like she wants to pick him up and run away with him. And now I ask myself the stupidest question again. Does she know that he has, you know…? Maybe she doesn’t. He’s a pretty smart boy, and maybe she sees that, and then she can see all his other fine qualities too and maybe of all the kids with Downs he’s gonna be like, you know, completely normal and- 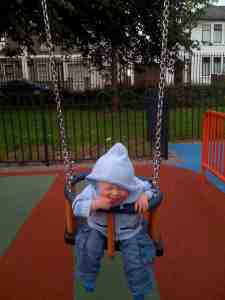 King of the swingers 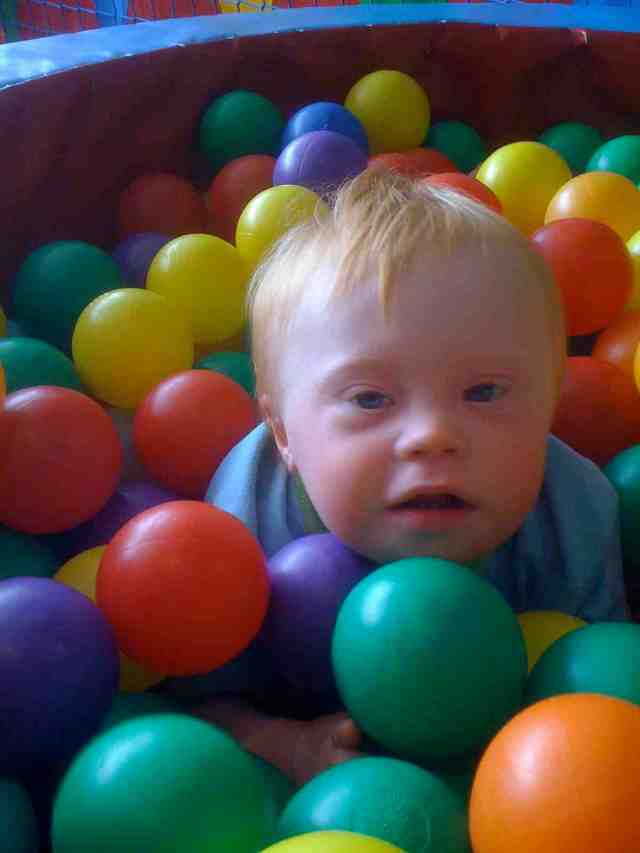 And then you kick your own arse into wakefulness, because somewhere between those two extremes, between the mean narrow-eyed spirit that’s looking at my son’s features like he’s a car accident and the well meant super-compensation of the lady dressed all in natural fibres, is where you have to live. You are the parent of the boy with a life-long condition, and you must be alert to things that others can be relaxed about. But you also have to remember that he’s just a boy, and don’t always wear that Downs Dad hat too automatically because for an awful lot of the time the Downs part of it is an irrelevance.

I know I’m wandering here, but frankly I’m using this post to arrive at some conclusions myself. (Sorry if that drags everybody around the houses a bit as I write, but hopefully there’ll be pictures too, so you can cut straight to them if you like.) I come from a house where no huge pressure to achieve was brought to bear. No monumental expectations were lowered on shoulders. Just do your best, that is what we think you should do. I love my parents for that, because I learned early enough that they had freed me to be myself. That is, I hope, what I will encourage my own boys to do, Jacob included. I have never lowered my expectations for him. I never said this boy’s going to be on the slow bus. He will, I hope, do his best. He will be on the bus.

I’m not entirely naive here. I know he’s not going to be an astrophysicist. That’s fine. I know a bunch of them and they’re disagreeable individuals, usually with body odour issues. Always shooting for the bloody stars and forgetting that in space you can’t smell the roses. And he’s never going to be a corporate lawyer either, so that’s another thing less to worry about. He’s a fundamentally smart kid with an honest face and a big sense of humour. I don’t think we’d ever allow him work in a bank.

Other people have, of course, much lower expectations for Jacob. I don’t know these people, but whenever I actually notice those around me, there’s often one or two of them in the crowd. They’re eyeing up the blissfully unaware Jacob (He gets that unawareness trait from me. It drives herself to dementia when I hear the –hear what I just said? part of her conversations but nothing before that nugget. It’s like a code phrase that snaps me out of my daydreams. But if he’s ignoring her then it’s just cute. Yes you are of course correct, it is unfair. There’s an imbalance here that needs to be adressed by someone in authority. That’ll probably be herself.)

But anyway, where was I? Oh yes, those eyes in the crowd that parents of Ds know so well. If their furtive sideways glances at your child get you on the wrong day, they can upset the whole applecart. If you’re fragile you could end up getting into difficulties in a deep Kleenex somewhere. If it’s the other wrong kind of wrong day, you could be explaining your actions to the guys in blue. Yes, officer, I am aware that reefing her thong up over the back of her head and snagging it on her (long) nose caused her some distress, but did you see the way she looked at my boy? Did you??? And a yeast infection is the least of her worries, I should think…

Anyway, to conclude this wandering ode to silliness, what are the learnings? 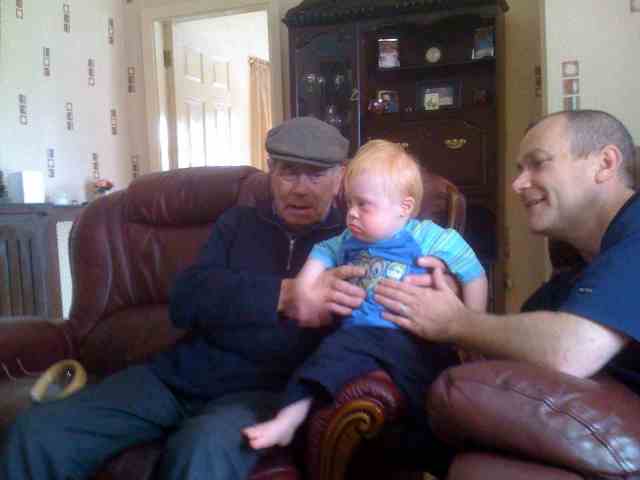 Found this over on Irish Autism Action.

It’s for any child with an intellectual disability between 6 and 16 years of age. Siblings welcome. If it sounds like you then check out the details at the Autism Action site.

Oh, and a quick apology for the lack of everything round here. A Jacob update is on the way when I can get him off the stairs and in front of the keyboard. 🙂