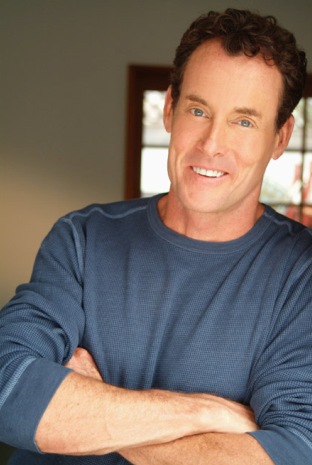 I’ve been watching Scrubs for so long now that I think Perry Cox is real. His snippy, smartarse comments are the stuff of legend. So I was surprised today to discover that the actual Perry Cox, actor John C McGinley, is in my club. He’s a downsdad! Nobody told me. (I mean why should they, but in this day and age of instant, total media intrusion, I kinda figured…)
Anyway, his son Max is eleven, and was born three years before Scrubs started. I caught this interview with the actor at Exceptional Parent Magazine. If you ever wondered whether beneath the caustic exterior Dr Cox was really a big softie, this quote seals it:

You’re going to have to do something is right. And we’re doing it. My friend Elbog has some ongoing and quite beautifully bittersweet insights into just how much the human spirit is doing in circumstances like ours. We’re doing something alright. In fact, sometimes when you want to sit and rock and moan and cry with the weight of it all, it’s good to be reminded that you are doing lots of things. (Hey, I’m reminding you here! Do not be too hard on yourselves because the doing can be hard enough for two lifetimes, and quit beating yourselves up for the things you’re not doing, or not doing well enough. You were always inadequate! Re-learn how to overlook it. I like you fine, inadequacies and all.)

Number one: you didn’t do anything wrong. The kid has an extra 21st chromosome. That’s it.

Number two: breathe. Get some air, because it’s going to be a while.

Number three: start discovering stores of patience that you didn’t know existed within yourself. Because some things—reading, writing, walking, holding your hand, having a catch—are going to take a little longer.

Don’t argue with the Cox. And you know what else takes a little longer? The realisation that the differences aren’t all in the person with the chromosomal shift. I’ve been fortunate enough through this outlet to have some fine conversations with people that I didn’t ever imagine having. I’ve learned a great deal about myself in the process, most of it I’m not all that pleased about to tell you the truth. But at least I know it now, and I’m in a position to do something about it. Let’s hope I do.

Quite eerily, I also can see when others don’t know themselves. It’s not a superpower. It’s just the extra vision that being in the club gives us. You know what I mean, don’t you?

Ok, bit of a rambling post, but I’m just somehow pleased that Dr Cox is in the club. It makes him a whole richer person in my eyes (even before I read the bit where he said he thought Ben Stiller was a little turd for making Tropic Thunder. Tee hee.)

If that sounds awful I’m guessing you’re not one of my superpowers-enhanced readers. It’s ok, only the select few know where to shop for Downs goggles. And if you’re really nice, and read lots of links, we can let you borrow them and see the world a teensie little bit like the way our amazing children do. 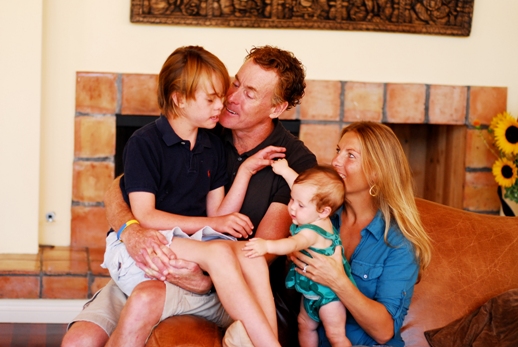