This kind of stuff doesn’t usually get under my skin, but today, Whammo! I have written my reply to the blogger, but as it awaits moderation it may never see daylight on that particular blog. Here, however, it will. But first I’ll quote the offending post in its entirety:

This curious phenomenon suggests the following of British society:-

1. Increasing numbers of couples view the having children as similar to having pets. (We expect nothing of our pets except their ability to be obedient, grateful, forever dependent and never leave us. Pets, you see, have no use except to gratify the ego of the pet-owner and to stave off feelings of loneliness and uselessness that we all might have from time to time.)

2. These parents expect very little from their children, because they appear to have the luxury of being able to treat their children as pets.

3. The waste and purposelessness of such an unrewarding venture – that of bringing up a child who will never achieve full independence and who will always be a source of worry, particularly if they do not predecease their parents – is not being questioned enough by parents, because of the cushion of a welfare state.

4. More mothers are having children later and later.

5. The greater willingness of parents now prepared to bring up children with Down’s Syndrome is indicative of the unwisdom of indiscriminate compassion that now pervades British society. This may be due to the fact that we now live in a society that is morbidly over-feminised.

6. A society that unquestioningly encourages the unproductive at the expense of the productive in the name of compassion will find itself burdened with the unproductive and unable to compete with societies unburdened by such policies.

7. Insanity is but fundamental error compounded by persistent irrationality.

8. Those whom the gods wish to destroy they first make mad.

“It is like watching a nation busily engaged in heaping up its own funeral pyre.” 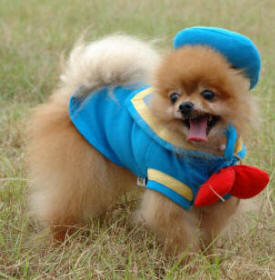 To all of which I replied thus:

The very second that I cannot hold my one year old son, who has Down syndrome, in my arms without pondering whether I am hindering society’s ability to ‘progress’ will be the same second that I get in touch with you to say you are right. In the meantime, I will allow my heart to swell with this illogical and irrational love and gratitude for all the things that he has revealed to me in his short while here on Earth.

I will not question where the burden lies heaviest: I and my family and friends will shoulder it.

I will not consider my son to be a pet. He will take his place as my third child and I will expect the usual range of difficult behaviour. The idea of abandoning him or dropping him off at the pound will not arise.

‘The waste and purposelessness’ of my son Jacob’s life – he is called Jacob – has heretofore not been revealed to me. What has been, quite graphically in the last twelve months, is that I myself will never achieve ‘full independence’ whatever that may mean, and I will always rely on some sort of welfare state just to avoid having to live in a cave and trap rabbits. Or did you have a narrower view of what independence actually is?

More mothers may be having children later, but the vast majority of babies with Down syndrome are conceived by young women under thirty. Find the statistics.

I cannot possibly say whether a ‘morbidly over-feminised’ society is a good thing or not. If it is you’ll probably have to get rid of all the women next. But I can vouchsafe for the fact that I myself am a man, think as one, act as one and regularly get into trouble as one. And I don’t exfoliate either.

As for your points 7 and 8, they don’t really seem to form part of your argument so much as give the appearance of a witty way to end a poorly constructed stack of nonsense.

If you are going to approach a subject of such emotive power as the right for people who have a chromosomal difference to exist, it is a noble idea to invest your strongly held opinion with first-hand experience. Go meet some downsies. Get to know them. And possibly when you’re at it meet a few blind people. They’ve been holding us back for ages too. The autistic ones are no better. And cancer sufferers are an insane drain on society as a whole. Idea: burn the hospitals altogether, and the clinics, and shut down any factories that make wheelchairs or crutches or other such resource-squandering gimmicks. Let the bastards with heart issues die off. The car-crash victims probably did it to themselves, so just pull the plug now and cut down on the greenhouse gas. Double win!!

And when they’re all conveniently out of the way we’ll sit down, you, me and Dr Mengele, and we’ll really have it all to ourselves. Because there won’t be anyone else left.

* Thanks to Miriam Kauk for posting this and bringing it to my attention.

27 comments on “The battlefield of love”